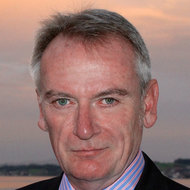 Since PayPal began, we have seen money being digitised. Now mobile is booming, the whole mechanism of money and customer interaction is being revolutionised. Add to this Facebook credits and other virtual currencies, and you soon realise it's not about money but it's about value. Value management in all its forms - money, knowledge, ideas, time, goods, services, trade - is the critical focus for tomorrow's institutions. And, as value becomes exchanged in all forms of virtual and physical form, money becomes meaningless.

What does it mean for you?

Chris Skinner is known as an independent commentator on the financial markets and through his blog, the Finanser.com, as author of the bestselling book Digital Bank and its new sequel ValueWeb. He was voted one of the most influential people in financial technology by the Wall Street Journal’s Financial News in 2015.